History of The Soup Kitchen

After watching two men searching for food in a restaurant dumpster, the late Murray Black and his wife Edna wondered how they could help feed the hungry. They discovered that Victoria had no organizations dedicated to feeding the hungry. Murray and Edna felt that if only one meal a day was available, it should be a hearty soup. Their search for a meal facility lead them to St. Andrew’s Cathedral where Monsignor Philip Hanley, the Rector, came to an agreement with Murray and Edna which allowed them to use the Cathedral basement for serving soup to the hungry.

The Soup Kitchen opened on November 12, 1982 and became a registered non-profit society on June 21, 1988. Murray and Edna wanted their guests to feel that they belonged to something like a club, and thus the 9-10 Club Serving Soup to the Hungry was born. Initially The Soup Kitchen was open Monday through Saturday, between 9:00 am and 10:00 am. On its first day, The Soup Kitchen served six people.  The numbers increased rapidly making it necessary to extend the hours from 8:00 am to 10:00 am, but  “9-10” remained a part of the name.  In 1996, The Soup Kitchen closed on Saturdays as other organizations began serving breakfast on this day.

At first soup was made offsite by Murray, Edna, and a few volunteers. Occasionally the Dominion Hotel (now the Dalton) supplied soup. Recipes were developed for The Soup Kitchen, some provided by the Empress Hotel, to feed the growing numbers.  In time, with the generosity of donors, the Cathedral’s basement kitchen was fitted with a professional stove and a restaurant steam kettle.  By the early 1990s, The Soup Kitchen was serving well over one hundred people a day, sometimes as many as four hundred; fortunately donations and volunteers also increased to meet the need.

Murray ran a tight ship, insisting that “if you wouldn’t eat it, don’t serve it”. Murray always insisted that all volunteers show kindness and compassion to all the clients. One long-time volunteer remembers him bathing the feet of a homeless man to warm them because his feet were frozen.

In 1996 Hugh Saville, who volunteered with Murray and Edna, became The Soup Kitchen’s co-ordinator, carrying on the traditions of quality and compassion begun by Murray and Edna. Hugh managed The Soup Kitchen until 2000, when ill health caused him to step down. Another volunteer, Frank Carlow, took over as manager and worked tirelessly for the next eight and a half years, coming in every day even on weekends when The Soup Kitchen was closed. In  2009, when Frank retired, a group of ten “team leaders”, including Sheila Connelly, who now acts as co-ordinator, took over the running of the operation.

Today The Soup Kitchen serves from 100 to 150 people per day. We have almost 100 volunteers who pick up donations; prepare the fresh vegetables that go into our soups; cook our soup; prepare food in our kitchen, serve soup and donated “goodies” to our diners; and wash dishes in our commercial dishwasher. Like all food-serving organizations, The Soup Kitchen is subject to safety inspections, and many of our volunteers are qualified in “Food Safe.”

The Soup Kitchen is a remarkable place. Staffed by volunteers and funded by community donations, for more than 30 years we have remained true to Murray and Edna’s vision: we serve soup to the hungry.

back to Our Story 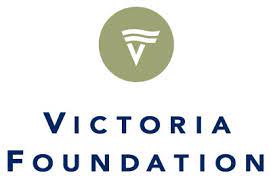 Thank you! For the generous grant from Life on this Planet Fund through the Victoria Foundation.

Thank you! For the generous grant to purchase a bread slicer with table for the volunteers at The Soup Kitchen.

Thank you! For the generous grant to purchase personal care items, sock and underwear for our diners at The Soup Kitchen.